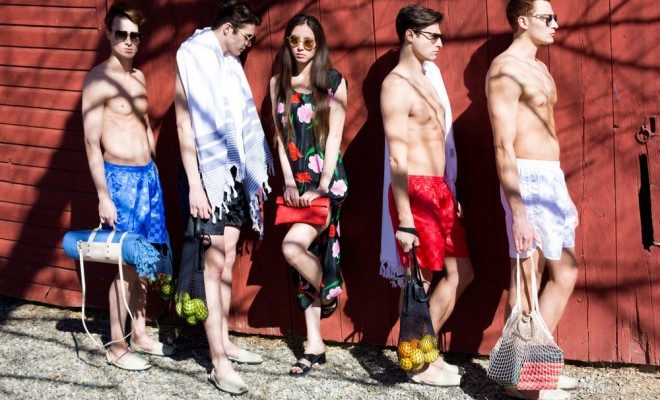 On a recent trip to Venice while laying out poolside at the Cipriani, Hush noticed a guest toting her towel around with this beautiful towel holder. After some pestering, we discovered they were from accessories line Deux Cuirs.

To our amazement, Hush had already spotted something from the brand at Club Monaco earlier that week. We found this great net bag called the Hammock Tote that we thought would be great for trips to Torvehallerne in Copenhagen or the Farmers Market LA. It almost felt like the Gods had intended for Hush to stumble onto this brand.

Hush shared our excitement with the girl that told us about her towel holder and she said she discovered it at her job. She works at WME (William Morris Endeavor for all of you who don’t know this is the agency in LA that represents all the huge celebrities…

(We won’t reveal who the girl is but let’s just say she hears and sees a lot) on one particular occasion, she overheard Gwyneth Paltrow complaining to Glee creator and boyfriend Brad Falchuck about ordering 50 Deux Cuirs towel holders that she wanted to give to friends as presents and her frustration when someone at Deux Cuirs mentioned to her that Martha Stewart shortly after had placed a large order too, mentioning what terrific yoga mat holders they’d be.

Gwyneth demanded that Deux Cuirs canceled the order and was furious that Martha would try to steal one of Gwyneths great discoveries. Whether it’s true or not, it’s fun to imagine Gwyneth and Martha at war over towel holders.. Or anything at that. But more fun is having a Deux Cuirs towel holder to tote your Turkish towels around as you joy around your summer escapade. We know that Hush will when we go on our vacations to Ibiza and Dubai. 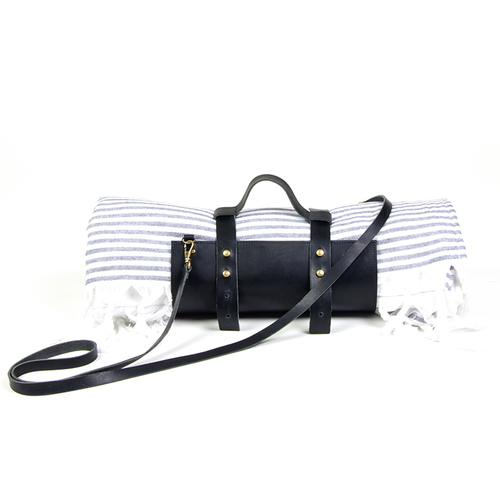 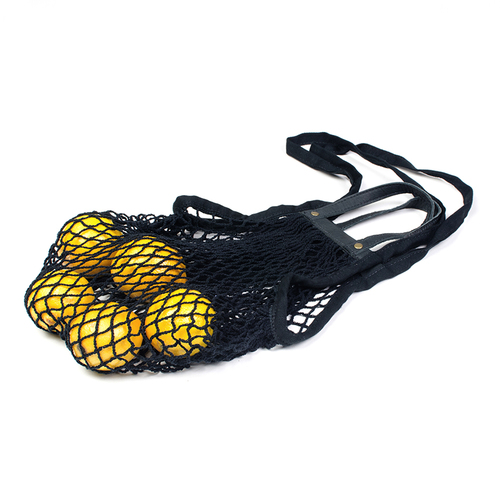